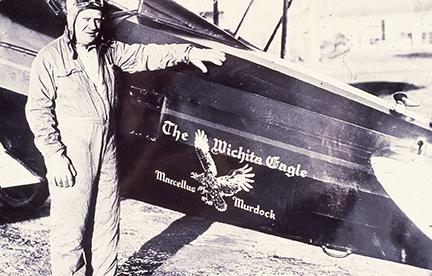 The forerunner to today's Wichita Regional Chamber of Commerce was formally founded in May 1917, when more than 100 business and professional leaders of Wichita gathered at a dinner meeting in the dining room of the old Wichita Commercial Club at First and Market Streets. The meeting was called at the insistence of the Commerce Committee of the Wichita Club, which had recognized the need for a properly organized professional business organization divorced from the social activities which largely dominated the Wichita Commercial Club, the immediate predecessor of the present Chamber of Commerce. At this meeting on May 7, 1917, the Chamber was organized and Howard V. Wheeler was chosen as its first president.

There has been some form of business organization, by whatever name, since the earliest days of the city as an organized community. Simultaneously with the incorporation of the city in 1872, a commercial league was formed, with the initial goal of bringing the United States Land Office to Wichita and this was accomplished. In 1872 the Commercial League was formalized with the name, "The Wichita Board of Trade." Its first task was to organize a joint stock company to construct a toll bridge across the Arkansas River above Fort Smith, Arkansas.

In 1880, the Board of Trade was reorganized and A.W. Oliver, pioneer lumber dealer, was chosen as its first president. It was again reorganized on April 18, 1887, with 200 members, all of who were prominent in the business life of the city, which was then enjoying its share of the feverish business activity accompanying the great western land boom. It is significant that much of Wichita's growth resulted from industries brought here through the efforts of the Board of Trade. On March 13, 1889, the organization’s office was moved into the newly completed Sedgwick Building, located at the northwest corner of First and Market streets. In time, however, the activities of this organization diminished and finally ceased. 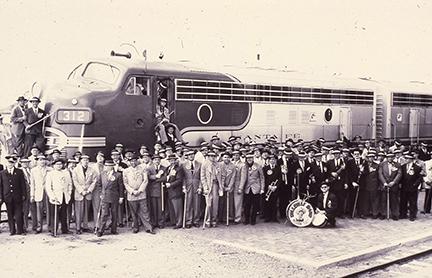 In 1897 some of the city's leading businessmen who had, in 1892, formed a social organization known as the Coronado Club, again recognized the need for an active business organization and in that year organized one, which supplanted the Coronado Club. The organization was known as the Commercial Club, located at the corner of First and Topeka Streets. In 1904 the Commercial Club moved to new quarters in the National Bank of Commerce Building at Main and Douglas. In 1908 the organization constructed its own home at First and Market. In the meantime, while the Commercial Club was still enjoying its success, another organization was formed early in 1901 named the "Chamber of Commerce." The Chamber office, from 1901 to 1906, was on the first floor of City Hall. In 1906 it moved to 133 North Market, and on October 1, 1910 it moved to the tenth floor of the newly completed Beacon Building, Wichita's first "skyscraper."

In 1912, the members of the Commercial Club and the Chamber were paralleling, if not actually duplicating, each other’s activities and even functioning at cross-purposes on occasions. Both recognized the undesirable situation of having two rival commercial organizations with overlapping membership. In that year (1912) they merged their commercial interests into one organization, known as the Wichita Business Association, with W.R. Watson of the Watson Milling Company as its first president. The Commercial Club then became the Wichita Club.

The Wichita Business Association, organized in 1912, had a short lifespan, for it ran into difficulties and in 1914 was forced to liquidate.

For more than two years Wichita was without a business organization. This vacuum was partly filled by the Commercial Committee of the Wichita Club, under the chairmanship of Senator J. H. Stewart. An independent traffic bureau handled freight rate matters for the shippers of the city. However, such a state of affairs was an impractical arrangement and so it was on May 7, 1917, the forerunner of the present Wichita Regional Chamber of Commerce was brought into being at a dinner meeting at the Wichita Club. 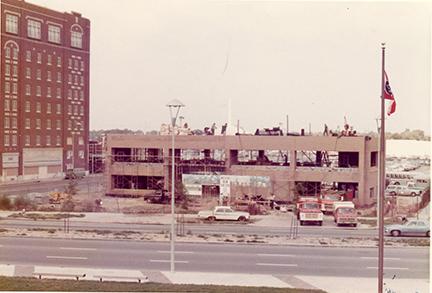 In 1968 the Chamber was reorganized, leading to expanded name and purpose for the Wichita Area Chamber of Commerce. The growth of the organization brought with it the construction, ownership and occupancy of a new office building in 1972 with modern office furnishings and equipment. The Chamber moved into that facility located at 350 West Douglas on December 24, 1972 - the current location of its offices. A 3,600 square foot expansion to the original building was completed in 1988. The name of the organization was changed to the Wichita Metro Chamber of Commerce in 2005. In 2017, the name was changed to Wichita Regional Chamber of Commerce.