McConnell Air Force Base
Wichita is home to McConnell Air Force Base, the first main operating base for the KC-46 “Pegasus”. The first of the U.S. Air Force’s new refuelers are scheduled to be delivered in the first half of 2019. The KC-46 will afford combatant commanders extended refueling capabilities and improved global reach, and will enable timely joint-service response to humanitarian crises and contingency operations around the world. The US Air Force, joint and coalition partners depend on fuel from McConnell’s tankers 24/7/365 all around the world. 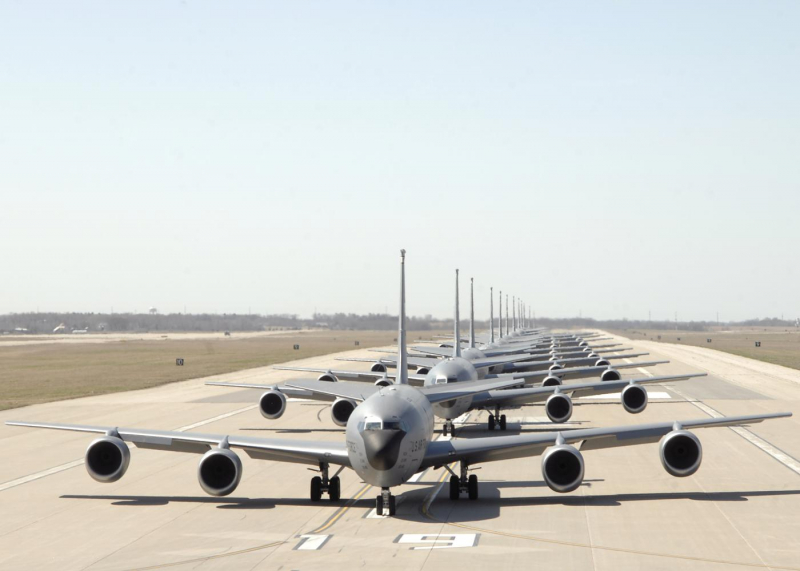 Honorary Commander Program
The Honorary Program is designed to provide an interactive learning experience that increases public awareness and understanding of the U.S. Air Force, its mission, policies and programs, by affording influential civilians the opportunity to get an up-close and personal look at McConnell and the USAF. In the program, civic leaders are paired with a McConnell AFB commander and invited to participate in a variety of activities held on base. The civilian “commanders” are encouraged to invite their Air Force commanders to share in some of their business activities as well. The program works best when the relationship between the commanders is a two-way street.

Graduates from the Honorary Commander program become part of an ongoing alumni organization of Honorary Commanders and are welcome to continue their participation in base activities. In addition, McConnell has inducted five local citizens, all long-time base supporters, into the Golden Eagle rank. 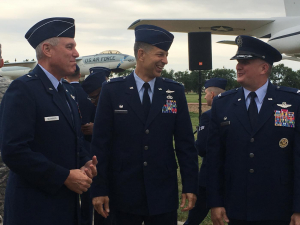 Friends of McConnell
The Friends of McConnell (FOM) is a civilian support organization affiliated with the Wichita Regional Chamber of Commerce. Comprised of a select group of area individuals and business leaders, the organization is dedicated to providing a meaningful social and economic linkage between senior military leaders and their metropolitan civilian counterparts. Follow the FOM on Facebook to stay up-to-date on the group's activities.

The Friends of McConnell expresses community pride in and appreciation of area military by providing organizational and financial support for Commander directed programs and strives to make McConnell the most appreciated assignment in a McConnell airman/officer’s Air Force career. Annual memberships in the Friends of McConnell range from $500 to $5,000 and are available for both individual and corporate members. Special rates are available for retired military and business members. 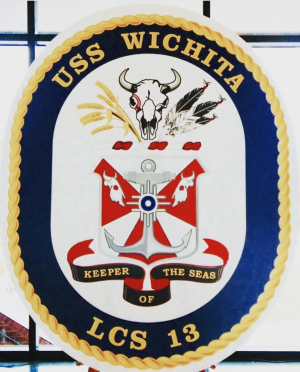 U.S. Navy
The littoral combat ship USS WICHITA was Commissioned at a ceremony on January 12, 2019, at Mayport Naval Station near Jacksonville, Florida.

The ship is the 13th of the Navy’s Freedom Class of littoral combat ships, the Navy’s fastest and most adaptable ships. At 387 feet long, 57 feet wide and capable of travelling at a top speed of more than 45 knots (52+ mph) littoral ships can conduct minesweeping operations, anti-submarine and drug trafficking surveillance and humanitarian operations. The USS WICHITA is also equipped with a launching pad for two MH-60 Seahawk helicopters.

The vessel’s crest is pictured at right and displays familiar city and state symbols. Elements of the Wichita flag are recognized in the red and white rays and Indian sun symbol meaning 'home'. A buffalo skull symbolizes the Wichita Indians, wheat stalks represent the main crop of Kansas and its residents, and feathers pay tribute to Wichita’s Native American heritage. The ship’s motto, “KEEPER OF THE SEAS,” honors Wichita's iconic Keeper of the Plains sculpture.

U.S. Army
Just outside the gates of McConnell Air Force Base sits the U.S. Army Reserve 451st Expeditionary Sustainment Command (ESC), a general officer command established in 2011. As an operational command post, the 451st ESC is responsible for planning, coordinating, synchronizing, monitoring and controlling operational-level sustainment operations in support of Army service Component Commands, Joint Task Forces and Joint Forces Commands during a deployment. Units like the 451st provide all of the sustainment and life services to get the needed fuel, ammunition, food and supplies to keep the soldiers engaged in their operations. 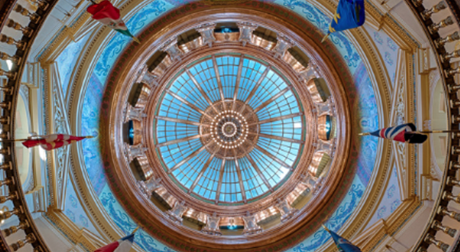