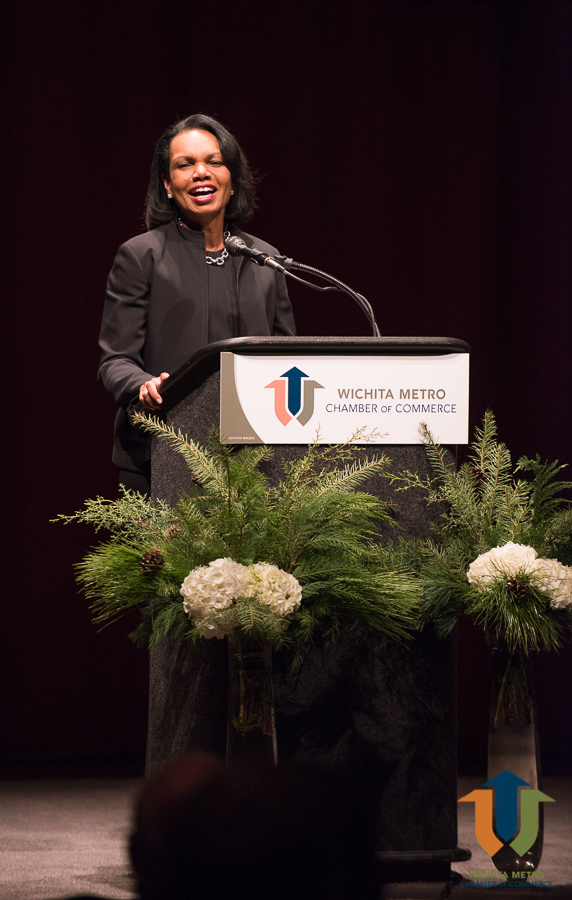 Last week’s Annual Meeting kicked off with 2014 Board Chairman Wayne Chambers passing the gavel to 2015 Chairman Jon Rosell and ended with Dr. Condoleezza Rice answering questions submitted by the public. A crowd of 3,000 people were in attendance to hear the former U.S. Secretary of State’s presentation, which was packed full of quotable insight as she addressed a wide variety of topics from 9/11 and ISIS to education and football. We have collected some of our favorite Condoleezza quotes below. A big thank you to all our event sponsors (see below) and to all who attended.  See conversation from the event on Twitter using #RiceDec4 and view photos from the events on our Facebook page. Media Coverage Wichita Business Journal – “Condoleezza Rice sees education as route to equal opportunity” Wichita Eagle – “Condoleezza Rice: Education disparity biggest threat to U.S. security” Carrie Rengers – You don’t say