A Quick History of 145 Years of Wichita

Now recognized as one of the major mid-sized cities in the nation, Wichita has come a long way since its infant years as a trading post and cowtown. The road from "then" to "now" has been filled with people, events and businesses that have been the building blocks for today's cosmopolitan Wichita... a dynamic community rich in culture, activity and opportunity.

Wichita's reputation for manufacturing and exporting is not a recent development, as archaeological evidence indicates that the site of present-day Wichita has served as a trading center for thousands of years. Settlers were first attracted to the area in the mid-1850s, as they traveled through the prairies on their way to the west and were deterred when they found significant profits from hunting and trapping wildlife to trade with the native population.

The Wild, Wild West  The beginnings of the community date to 1868, when J.R. Mead founded a trading post on the banks of the confluence of two rivers, the Arkansas and the Little Arkansas. For centuries this location had also served as a trading place for Native Americans. The name Wichita comes from the Wichita Indians, who settled at various times in the vicinity, and means either "scattered lodges" or "painted faces," depending on which historian you ask.

In 1868, a Wichita Town Company was organized with Mead and six others as original incorporators. Wichita was incorporated as a city of the third class on July 21, 1870. One hundred twenty-three men and one woman signed the original incorporation petition. The woman was Mrs. Catherine McCarty, who owned and operated a laundry. Later, she moved to New Mexico, where her oldest son, Henry, changed his name to William Bonney, better known as "Billy the Kid." 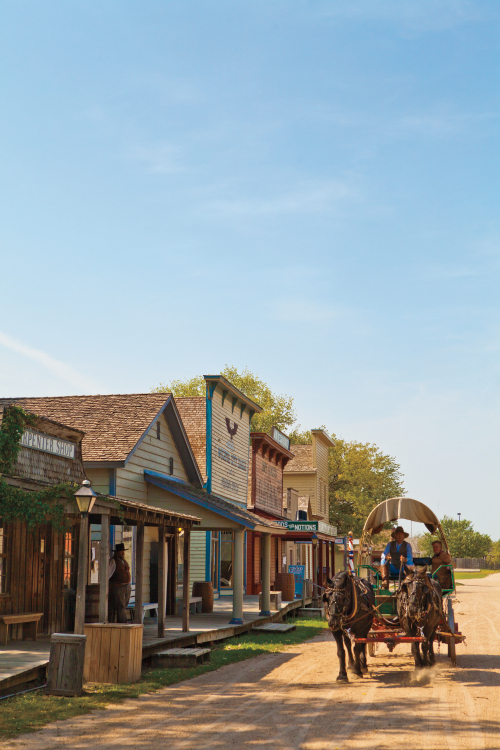 Within a year of incorporation, Wichita experienced phenomenal growth, due largely to the cattle trade from Texas. So rapid was the population growth that in late 1872, Wichita became a city of the second class. Jesse Chisholm came to Wichita first in about 1863, leading a party of sportsmen and adventurers here to hunt game. He later marked the cattle trail, best known as the Chisholm Trail , from the King Ranch in south Texas to Kansas. Cattle by the hundreds of thousands traversed the trail to the Santa Fe railhead at Wichita. In 1872 alone, 350,000 head of cattle were sold in Wichita at a value of more than $2 million, a princely sum in those days.

Spurred by this influx of cowboys in the 1870s who brought hundreds of thousands of cattle out of Texas north to Wichita along the Chisholm Trail, Wichita was indeed a rough and tumble cowtown. It was a city where Wyatt Earp, "Buffalo Bill" William Mathewson, and Bat Masterson walked the dusty streets. Just west of the river, the area known as Delano was especially wild and woolly. All manner of vice could be found in saloons, dance halls, and gambling to entertain the thirsty and lonely cowboys.

Down To Business  Wichita fell on hard times in the late 1870s when the cattle trade moved further west to take advantage of the construction of rail lines. But, by 1880, the city had rebounded with a growing economy in agriculture and manufacturing. The first Board of Trade was opened in 1880. The Commercial Club was founded in 1897 and became the Chamber of Commerce in 1901. The present day Wichita Metro Chamber of Commerce dates from 1917.

Even though the cattle trade lasted only three or four years, its presence assured Wichita's position as a commercial hub. With the trade groundwork firmly established, manufacturing and agriculture industries thrived in the late teens and early 1920s. In addition, savvy aviation entrepreneurs moved in to take advantage of the benefits of a prosperous oil industry, agreeable climate and wide open spaces perfect for building and testing these new birds of flight.

Those Magnificent Men and Their Flying Machines 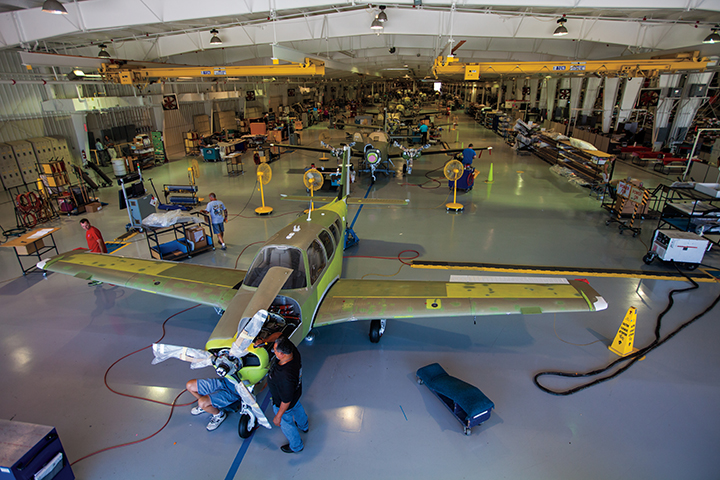 Men like Lloyd Stearman, Walter Beech, Clyde Cessna, E.M. Laird, J.M. Mollendick and George Weaver were responsible for starting the aircraft industry in the area. With Mollendick as the financial backer, Laird started the Swallow Airplane Company to build the Swallow airplane that had been designed in Chicago. Interestingly, Beech, Stearman, and Weaver all worked for Laird and Mollendick until each went on to establish his own company. Stearman's company later was purchased by The Boeing Company of Seattle, now Spirit AeroSystems.

The Beech and Cessna companies (now Textron Aviation) continue today, as does Learjet (now Bombardier Aerospace Learjet), founded by William Lear in the mid 1960s. It was through the efforts of these aviation pioneers that Wichita earned the title of "Air Capital of the World." With all companies still located in Wichita, that title firmly remains today.

The Entrepreneurial Spirit Lives On  It

was not only aviation that established Wichita as a hotbed of entrepreneurship. Many other Wichita business leaders have made their mark too. W.C. Coleman, a name synonymous worldwide with camping and outdoor recreational equipment, produced his first Coleman lantern in Wichita in 1914. 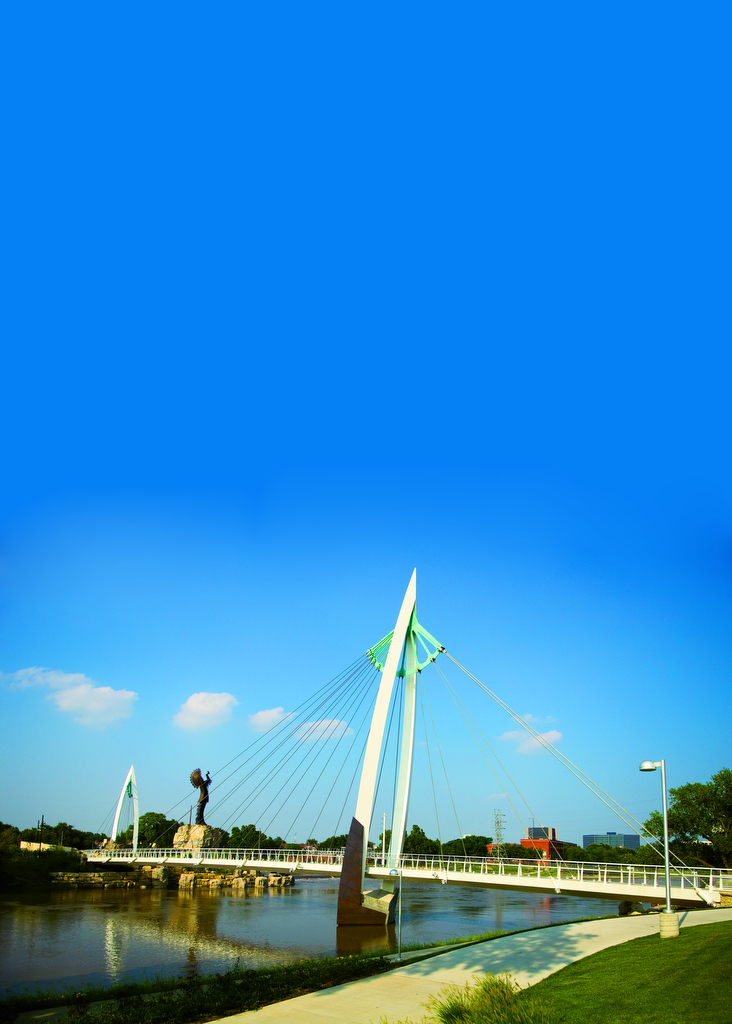 In 1958, Frank and Dan Carney borrowed $600 from their mother and established their first Pizza Hut in Wichita in a small red-bricked building. This original Pizza Hut now resides on the campus of Wichita State University as testimony to the possibilities of vision, hard work and the spirit of entrepreneurship.

Charge! Obviously, Wichita has come a long way since its beginnings as a trading post and cowtown. But, it's the original foundation as a center for commerce that has been the one constant ensuring Wichita 's progress through good times and bad. It's a legacy of commerce that will continue to keep Wichita prosperous as we charge ahead in this 21st century.

0 comments on "A Quick History of 145 Years of Wichita"