tags: Friends of McConnell, Wichita Chamber Events, Wichita Flag
Posted by: Angie Prather on Wednesday, June 14, 2017
This morning’s Sunrise Scrambler celebrated the awarding of the Abilene Trophy to the Friends of McConnell as well as the premiere of a new video for the 80th anniversary of the adoption of the city’s official flag. 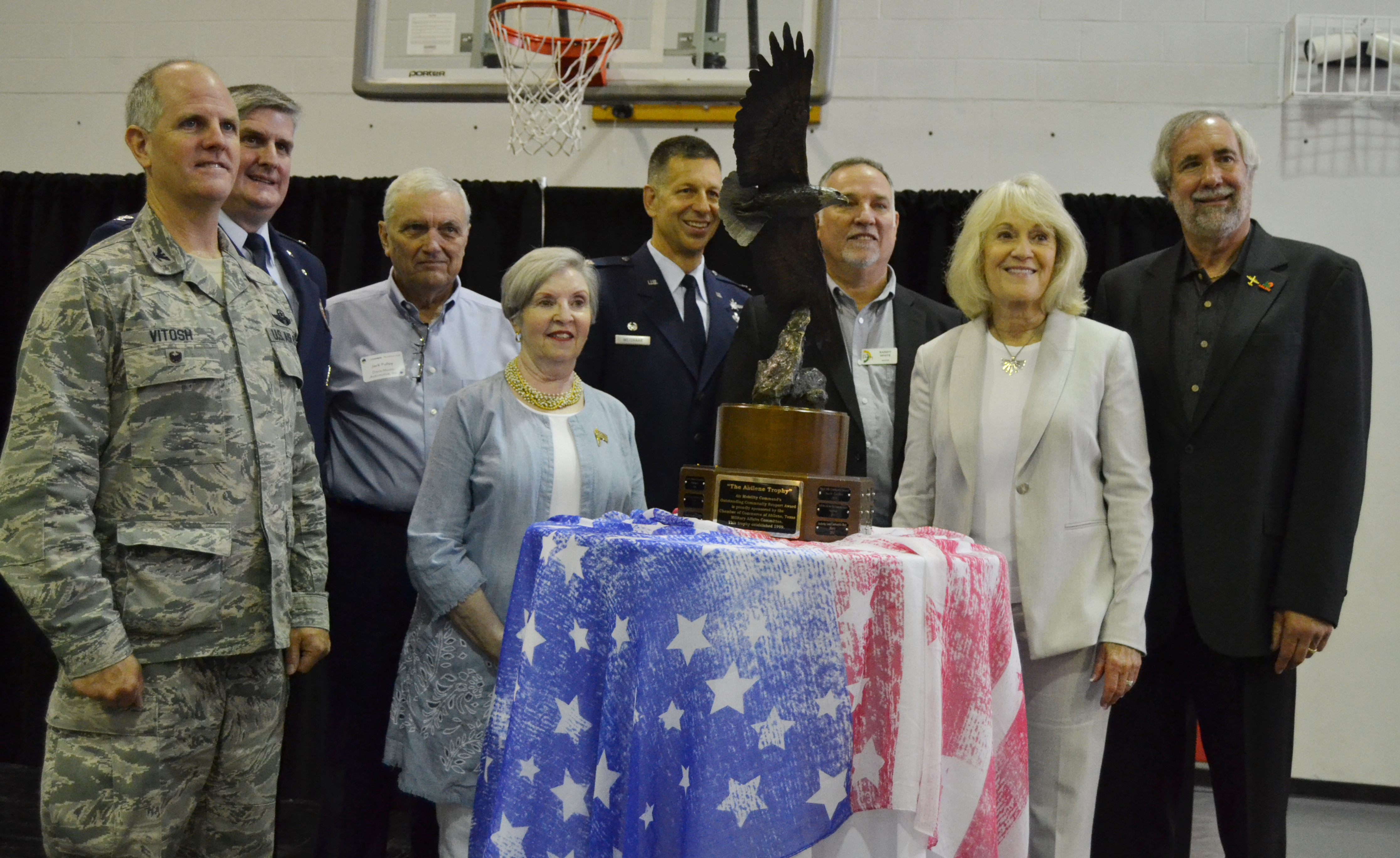 ABILENE TROPHY The Friends of McConnell, an affiliate of the Wichita Regional Chamber of Commerce, was announced as the recipient of the 2016 Abilene Trophy on April 28. The award was officially presented today by Abilene Trophy representatives, Yvonne Batts and Scott Senter. It's given annually to the community that demonstrates the most support of its local Air Force Base. Also known as the Air Mobility Command Community Support Award, this is the first time that Wichita has been selected for the award since it was initiated in 1998.

Elected officials and representatives of McConnell Air Force Base were on hand to congratulate the Friends of McConnell on the relationships they have built between the community and the Base. Colonel Al Miller from McConnell Air Force Base remarked during today’s ceremony that no other community that he has been assigned to comes close to the Wichita community in support of Airmen. Please see our Facebook page and Twitter account for more photos and information. 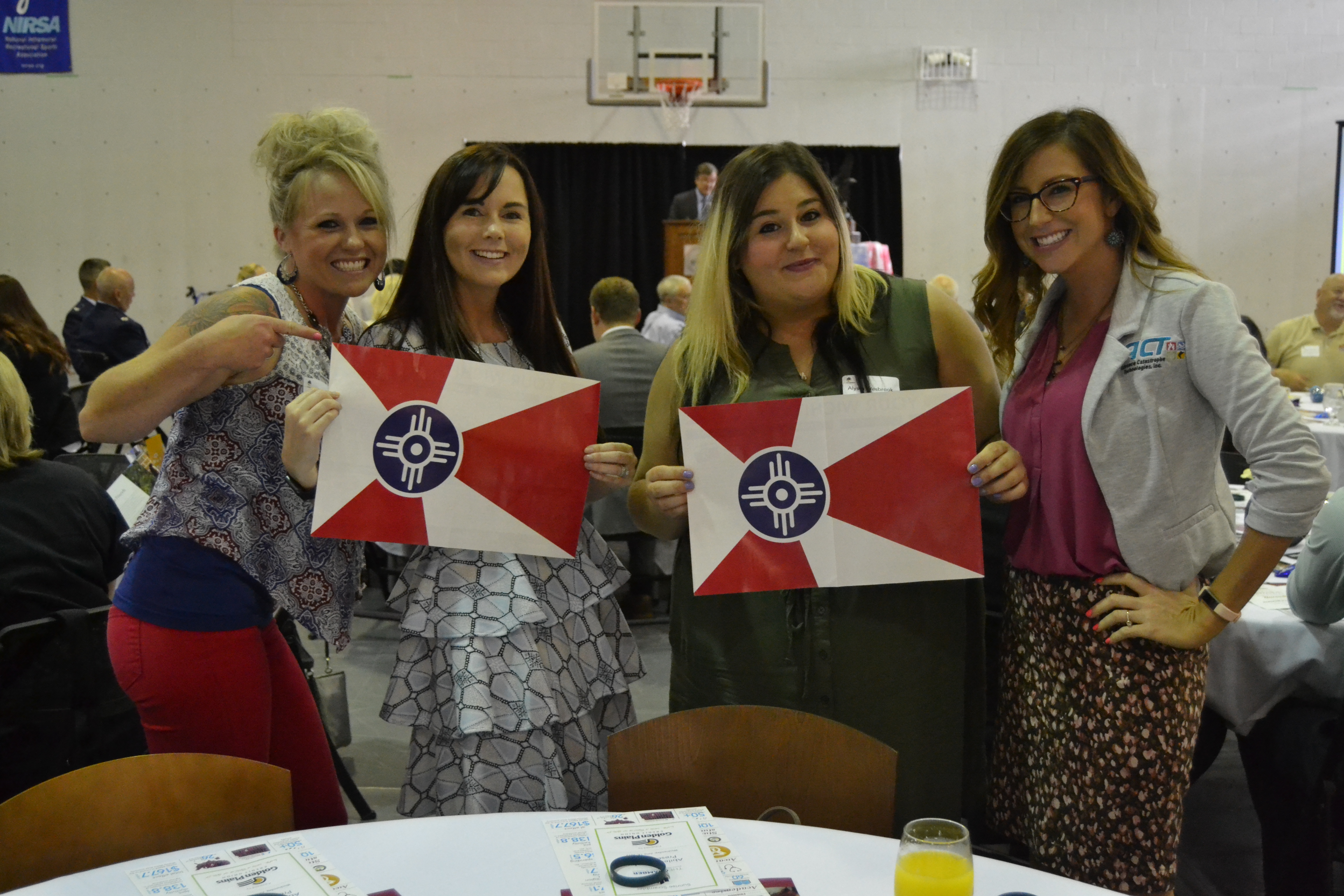 The 80th anniversary of the Wichita flag was also celebrated today. WICHITA FLAG DAY Through the generosity of numerous sponsors and partners, the Chamber kicked off the 80th anniversary of the adoption of the city’s official flag this morning with a new video and free items that Wichitans can download to share their pride. VIDEO DOWNLOADS Special thanks to our Wichita flag partners: World Studios ICT, The Wichita Eagle, VIP Wichita Magazine and Fidelity Bank. And our sincere gratitude to this month’s Sunrise Scrambler sponsors:  Golden Plains Credit Union, Friends University, Burnell’s Fine Jewelry, Davis-Moore Auto Group and Together Wichita.
Posted in Friends of McConnell, Wichita Chamber Events, Wichita Flag